The University of Bristol is for the first time using a large family study to look at links between childhood trauma and self-harming in teenagers.

For each negative childhood hood experience, the university found that a young person is 11 per cent more likely to self-harm at the age of 16, and 22 per cent more likely to have self-harmed with suicidal intent. Researchers looked at inflammation by taking blood samples. In response to acute stress, the body's sympathetic nervous system is activated due to the sudden release of hormones. The sympathetic nervous systems stimulate the adrenal glands triggering the release of catecholamines, which include adrenaline and noradrenaline.

There is already current evidence to link ACEs and teenage self-harm, it was not known if biological reactions to stress, ‘fight or flight’, could explain this. Previous work has looked at adversity and inflammatory markers and at inflammation and self-harm but this is the first study to look at all three together. Research looking at inflammation and self-harm in young people is also rare as the vast majority of studies are on adult samples.

Published today (Thursday 5 September) in a special edition of the Journal of Child Psychology and Psychiatry, this research is one of several studies funded by the Medical Research Foundation and the Medical Research Council (MRC) to examine the biological underpinnings of self-harm in teenagers.

Lead author Senior Research Associate in Epidemiology Abby Russell said: “This is the first study to directly examine whether the relationship between adverse childhood experiences and self-harm is due to inflammation.

“Our findings confirm that ACEs are a useful indicator of an increased risk of teenage self-harm. By making use of a large longitudinal study we were also able to conclude that inflammatory markers in childhood are probably not a good indicator of risk of later self-harm.

“This is all helpful to direct future research towards alternative biological and psychological pathways for the risk of self-harm and suicide. It also provides more evidence of the importance of preventing children from experiencing adversity, supporting the need for local authority initiatives like Bristol City Council who are developing an ACE-aware city, with interventions to help protect the mental health of future generations.”

Looking for information about health and care?

Find advice and information to help you stay well and make decisions about your health and social care support. 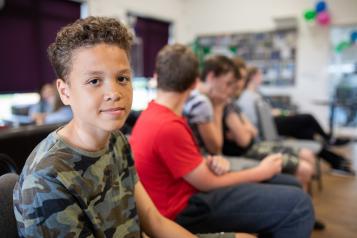 Support available for children and their families
This week it has been reported that only a small fraction of “at risk” children are taking up the emergency school places kept open for them, prompting concerns that they are facing increased danger during the lockdown.
24 April 2020
News 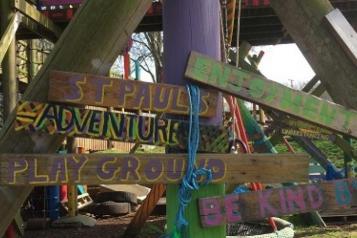 Help restore treasured community playground hit by fire
A young teenager is leading a fundraising drive to help rebuild an adventure playground in St Paul's which has been devastated by fire. HW has seen the valuable work carried out by the APE Project first hand is supporting the fundraising drive.
15 April 2020
News